On-demand ridesha­res like Uber and Lyft are now as commonplace an option for getting where we need to go as cabs, buses and trains, and arguably more accessible.

However, as rideshares have increased in popularity, so to have concerns over passenger safety, as we’ve seen extensive media coverage over the past several years of driver sexual misconduct and assault, as well as criticism of these top rideshare companies for failing to conduct adequate background checks and other safety protocols.

And while recently, Uber and Lyft have taken steps to better ensure rider safety, to include partnering to create a shared database of banned drivers, these incidences have left passengers, particularly female, potentially questioning the safety of these transportation options and their presence in their communities.

But now, new research provides additional insight to the conversation surrounding rider safety, with new evidence showing that when a rideshare enters a new city, sexual assault rates in the surrounding community can decrease by more than 6%.

Joining me to discuss his work in this area is Jiyong Park with the University of North Carolina at Greensboro. His study, “The Deterrent Effect of Ride-sharing on Sexual Assault and Investigation of Situational Contingencies,” will be published in a forthcoming issue of the INFORMS journal Information Systems Research.

We found that the entry of rideshare services into a city contributes to about a 6% reduction in the sexual assault rate in the city. In the second analysis, using spatiotemporal data in New York City, we found that a 1% increase in Uber pick-ups in a neighborhood can reduce the likelihood of sexual crime occurrences by about 3%. 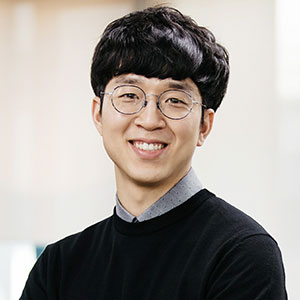 University of North Carolina at Greensboro

I am an Assistant Professor of Information Systems at the Bryan School of Business and Economics, University of North Carolina at Greensboro (UNCG).

Digital technologies have permeated and influenced all levels of the society from individuals and organizations to countries and the natural environment. In this regard, I am interested in how information systems and technology interact with the broader society and the natural environment as a primary means to the co-creation of economic values and social and environmental benefits, in pursuit of sustainable development.

In the Introduction of “Capital in the Twenty-First Century,” the author states that

“Social scientific research is and always will be tentative and imperfect … But by patiently searching for facts and patterns and calmly analyzing the economic, social, and political mechanisms that might explain them, it can inform democratic debate and focus attention on the right questions.”

This is what I view as the role social scientists should play.

The Deterrent Effect of Ride-sharing on Sexual Assault and Investigation of Situational Contingencies, Information Systems Research