While the COVID-19 pandemic has touched virtually every aspect of our day-to-day lives, its impact on the performing arts has been especially significant. At the height of the pandemic, many theatres and other venues were closed, including all Broadway theatres in the U.S., and London’s West End theatres, resulting in substantial financial losses.

As restrictions loosened and theatres across the globe began to reopen, the challenge then was how to begin successfully and safely welcoming patrons back into performances. Researchers in the Netherlands created an optimization model that was implemented by the Music Building Eindhoven (MBE), enabling the venue to ultimately return to 70% total capacity for an evening’s performances, resulting in significant financial benefit.

Joining me to share their research, how the team came together, and the impact of their work once implemented is Frits Spieksma with the Eindhoven University of Technology in the Netherlands.

We obtained an insight that finding this maximum occupancy is sort of the same as packing as many disjoint trapezoids – a trapezoid, you may remember from high school studies, are these geometrical figures – packing disjoint trapezoids into the theatre hall. And if you have that insight, you can say after some computation, that this is the best maximum occupancy that you can achieve. And that was cool, that helped them in many ways. 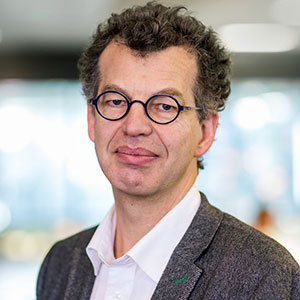 Eindhoven University of Technology in the Netherlands

ACADEMIC BACKGROUND
Frits Spieksma obtained his MSc in Econometrics from the University of Groningen (1987) and his PhD in Operations Research from Maastricht University (1992). Next, he spent time at the University of British Columbia as a post-doc, and then returned to Maastricht University to become assistent, and later associate professor. In 2000, he was appointed full professor at KU Leuven, before joining TU/e in 2018. He has supervised more than 15 PhD students, many of whom found their way to academia. He is founder of the EURO Working Group OR in Sports, which aims to bring together quantitative research related to sport. He is also a member of the organizing committee of MathSports International, which brings together mathematics and sports. He has been involved in constructing the playing schedule for the Belgian professional football league. Currently, Frits is Associate Editor or Editorial Board member of Operations Research Letters, INFORMS Transactions on Education, Journal of Quantitative Analysis in Sports, and 4OR. He has published over a 100 papers in scientific journals and organized several international conferences.