For more than four decades, winners of the Edelman Award have been recognized for transforming how we approach some of the world’s most complex problems. This year’s finalists are no exception, with revolutionary contributions in robotics, cancer radiotherapy efficiency, unmanned warehouse technology, mining efficiency and the impact to chemical facilities, scheduling and production at manufacturing plants, and food assistance amid emergency responses. Since its inception, finalists for the Edelman Award have contributed to a cumulative impact of over $302 billion, supported lifesaving efforts across the globe, and transformed how the world does business.

About half of all cancer patients can expect to get radiotherapy at some point in their treatment ... But these high energy photon beams also deposit some dose along their tracks, so other normal tissues and organs need to be carefully considered in the radiotherapy planning. And what makes the problem so hard of course, is that every patient as well as the disease pattern is unique. 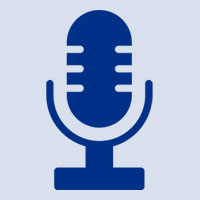 Dr. Deasy is an attending physicist at Memorial Sloan Kettering Cancer Center (MSK).  He received his PhD in Physics from the University of Kentucky in 1992. Thereafter he completed a NIH-funded post-doctoral fellowship at the University of Wisconsin-Madison, with mentors Rock Mackie and Jack Fowler. Before arriving at MSK in 2010, Dr. Deasy spent 11 years in the Department of Radiation Oncology, Washington University in St. Louis, first in the physics division under the direction of James Purdy, and later as the first Director of the Division of Bioinformatics and Outcomes Research. Dr. Deasy is the co-author of about 140 peer-reviewed publications and has been the principal investigator of several NIH grants. Dr. Deasy’s current interests are in applying mathematical modeling and machine learning to the analysis of imaging, genomic, and treatment datasets in order to understand the relationship between treatment, patient, and disease characteristics and the probability of disease progression and treatment response.

Linda Hong is an attending physicist in the Clinical Physics service of the Department of Medical Physics. She works closely with the Department of Radiation Oncology to develop procedures and provide quality assurance regarding radiation treatment plans for our patients. She is also actively involved in teaching and mentoring junior medical physicists, as well as radiation oncology and medical physics residents. Her main research interest is in treatment planning algorithms and methods, and in developing more efficient optimization techniques. She received her PhD in physics from the University of California, San Diego and completed postdoctoral training at Massachusetts General Hospital at Harvard Medical School.